Recently, a friend of ours complained about the missing all-wheel drive experience of his T4 Syncro. We thought of an aged T4 VC and offered to measure it on our test stand.

Normal wear and tear of the silicon fluid inside the VC causes the hump-temperature to rise after 20 years. This leads to a slow decrease in off-road performance. We thought so here too.

To our surprise, however, the test run only showed a starting torque of 250 Nm – this value should normally be twice as high (!). In order not to damage the defective VC any further, we stopped the test run immediately. 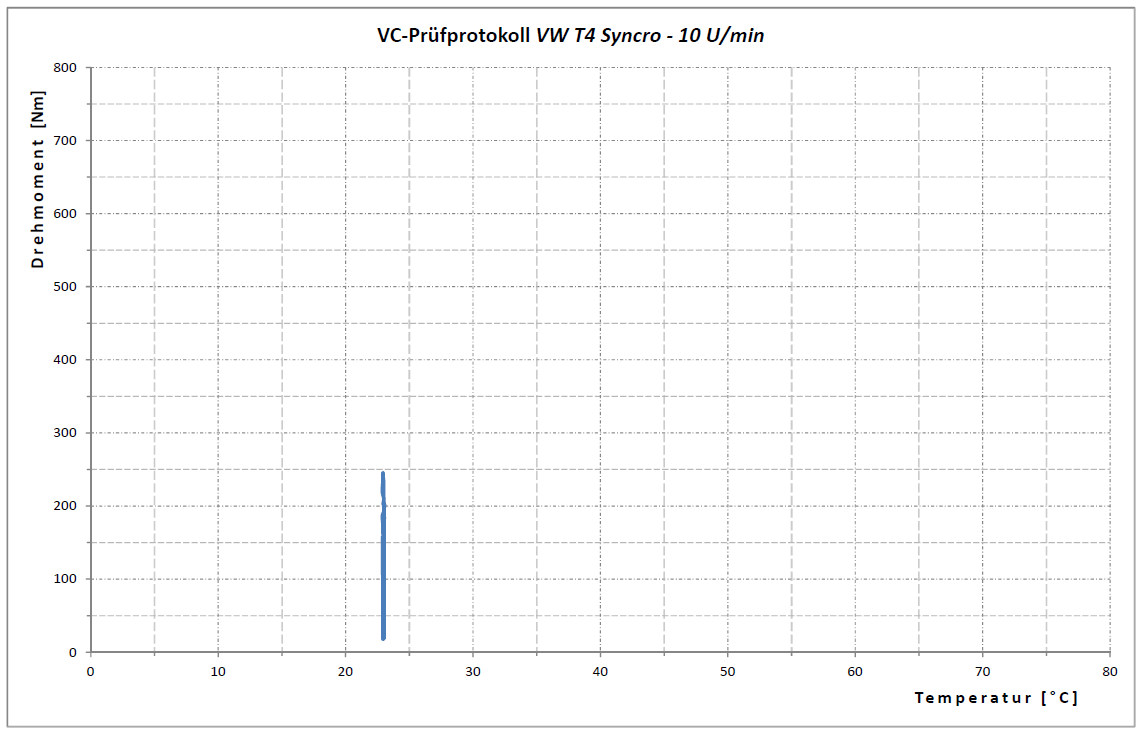 After the defective T4 VC had been dismantled into all its individual parts, the reason for the low starting torque became apparent:

A large number of outer discs showed a conical deformation – like the form of a plate. This deformation derives from local overheating from the discs. Siegfried Peschke described that effect in his PhD thesis: 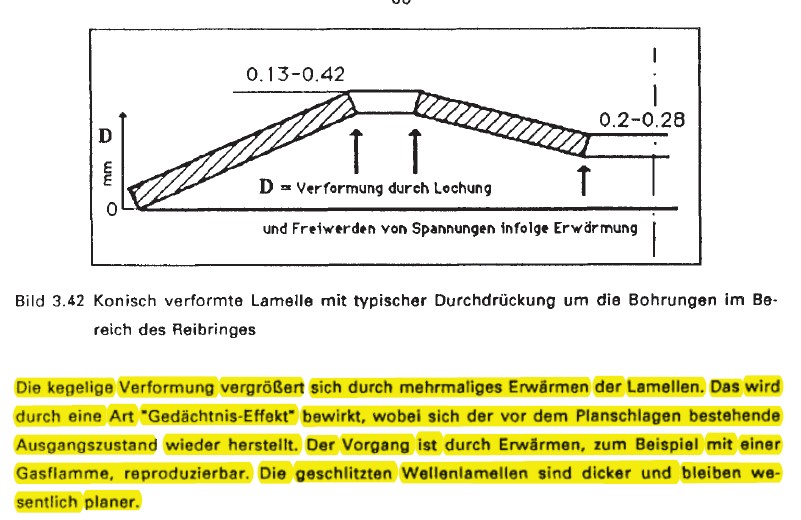 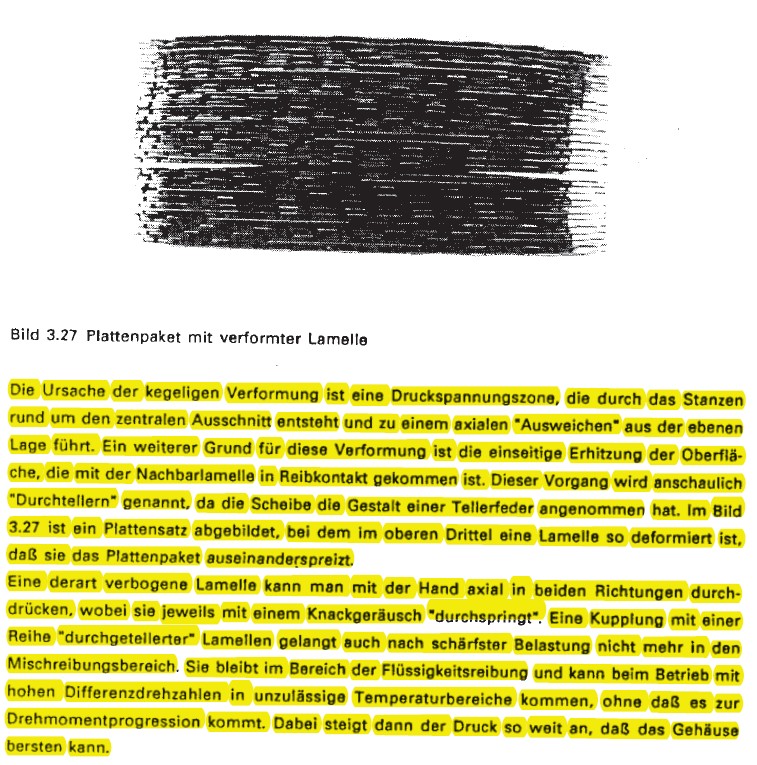 The increased gap between the discs reduces viscous friction (=reduced starting torque) But ,more importantly, the ability to trigger the hump is lost. Without this constructive self-protection, the internal pressure can increase indefinitely until the VC bursts. Mostly the aluminum housing or the steel cover of the VC bursts. In the case of the present VC the steel cover was already massively deformed due to the overpressure. 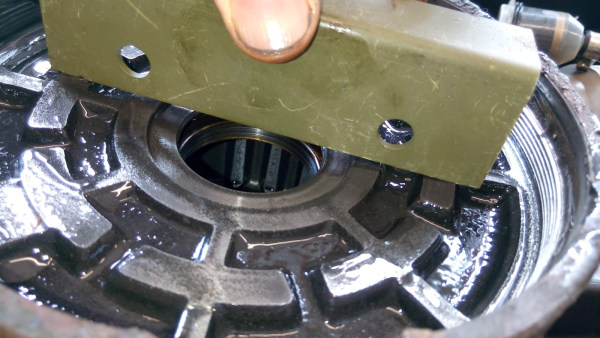 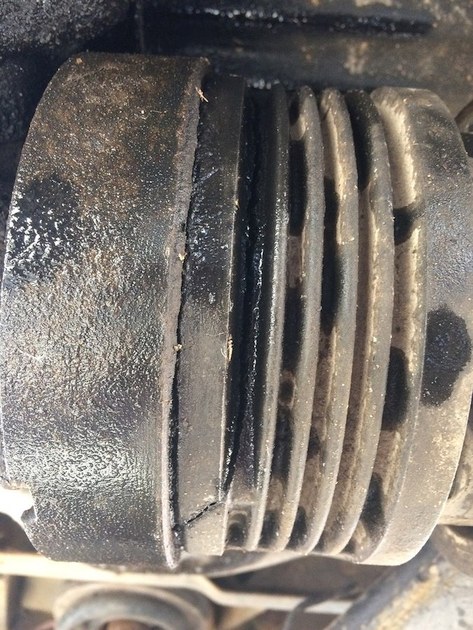 We later learned that our Syncro driver friend had recently taken part in an off-road vehicle expedition in the Sahara. The VC was probably already in a worn condition and the sand dunes had given it the rest.

For the overhauling of the VC, all the deformed plates had to be replaced. Such damage can also be found on the VC of the T3-Syncro, albeit less often, as the discs are thicker (0.9-1.0mm) than the relatively thin outer discs(0.6mm) on the T4 VC.

The damage pattern of the deformed discs probably takes place in 2 successive phases. Due to aging, the hump temperature rises to 70 ° C and more. The local overheating of the discs during hump mode leds to deformed discs and a cracked housing in the final phase.