The basic idea for the Visco Werkstatt came from a couple of old diploma theses that were written in the 80s. They had been commissioned by Steyr-Daimler-Puch (SDP) and dealt with the viscous-coupling, which was being produced in Graz (Austria) for the VW T3 Syncro at that time.

SDP examined multiple facets in these diploma theses, including the possibility of an improved test stand, various plate-specifications, unknown flow processes and the service life of the viscous-coupling. The most pressing problem was unfortunately only discovered when the serial production had already begun.

During practical trials in the winter months, some of the test-vehicles showed tensions in the power train - sometimes already at mileages of only 2000 km (about 1243 miles). Analysis showed that the viscous-couplings had filled with gear oil and had completely hardened because of that. Driving on surfaces with high adhesion (like dry pavement) therefore caused an inadmissible and damaging burden on the whole power train.

SDP now tried to initiate further trials to find a solution to the construction fault. They considered improving the test stand for the viscous-coupling, since the oilsucking problem had gone unnoticed on the existing version.

However this plan was not put into action, due to the extensive findings simply coming too late. When they were brought out in the summer of 1990, the SDP were no longer capable of effectively implementing the corresponding changes. 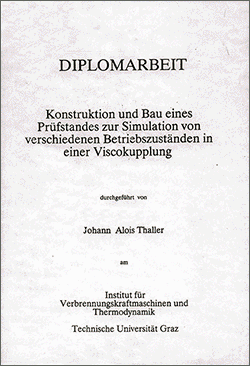 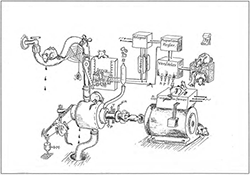 A few years ago, I made it my task to raise these sunken treasures of experience and build an improved test stand for viscous-couplings based on these old diploma theses. After more than two years of intensive work, this idea finally become reality.

With this new test stand we can not only simulate various operating states, but also test the viscous-couplings realistically in an oilbath. This method allows us to examine the problem of “oilsucking” and finally solve it (30 years delayed).

Thanks to this we are able to thoroughly test outdated viscous-couplings in a way which was not possible on the original Steyr-Puch test rig. 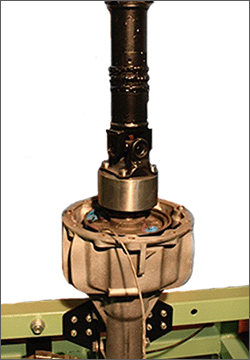 I got my first moped at the age of 100 - dismantled into its individual parts, the "Puch MS-50" lay in the back of a car. From that moment my father and I were occupied for the summer holidays with putting the puzzle together - part by part. And at some point during the cleaning of the piston rings and clearing the carb from hardened petrol, I found my passion for Puch.

After working myself through half the model range of the known Puch-mopeds as a teenager, and also being fond of school, the logical conclusion was to get a technical education at a HTL (polytechnic) for engineering. Therefore it’s also unsurprising that when I entered the job market, I chose the very familiar company of "Steyr-Daimler-Puch".

As a design engineer in the department of cross-country vehicles, I took part in developing the light wheeled tank "Pandur", and was able to learn a lot about the off-road traits of various structures. Due to a later change in ownership structure, I decided to put a longtime wish of mine into practice: to continue my college- education after years of practical hands-on experience.

Studying allowed me to take more weeks of holidays to compensate for the many weekends of having my head buried in books. Naturally a VW-T3 camping bus (still 2WD) was the obvious choice for travelling. The VW-T3 Syncro in Graz was only a stone’s throw away, and with my Diploma thesis about the improvement of viscous-couplings we’ve come full circle.

Meanwhile, our Syncro family has grown by a T4 TDI Syncro as test vehicle. Although the T4 Syncro can’t always follow his elder brother while off-roading, it’s much more convenient when it comes to highway driving. The smooth 5-cylinder engine easily accelerates the T4 at (german) highway speed, without being constantly worried about damaging the transmission. And as you get older you become more demanding and at some point you do not want to go anywhere without air conditioning. 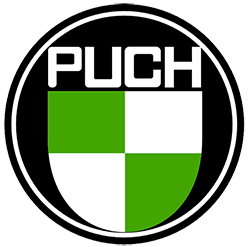 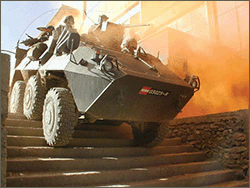 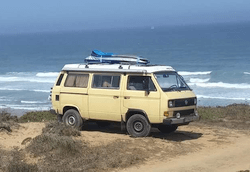